Shield your web applications with a WAF and protect the data and information you hold from a slough of attack vectors. 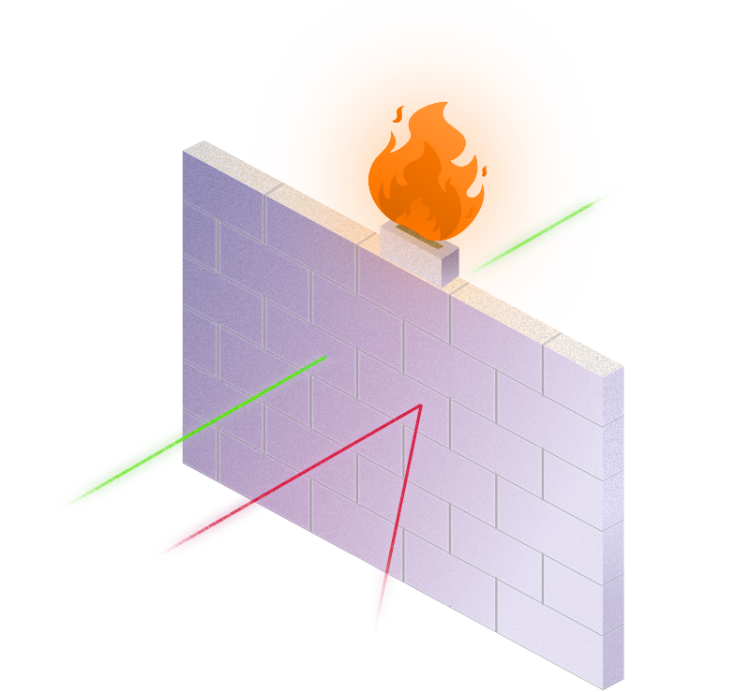 Let the good traffic in, and keep the bad traffic out.

Hacking a server is more than just finding an administrator user name and password. A hacker can use several types of attacks that give him access to your data. Our Web Application Firewall (or WAF for short), protects against a number of threats, such as cross-site request forgeries, cross-site scripting, SQL injection, protocol violations, and brute force login attempts. They are looking for a weak spot, a place that they can wiggle their way in to do what they intended to.

We have several options that depend on use cases, that we can then configure your server to protect from these attacks, as well as a number of other threats you need to be protected against.

Here’s what a WAF will do for you:

Our WAF protects your servers from data theft such as credit cards or other sensitive customer data, which is the lifeblood of your customers and your company’s reputation

CSRF vulnerabilities have been around for over a decade. These attacks make use of a user’s session variable that sets after the user logs in to pages such as a banking site, which is why the hack is also called “session riding.” Our web application firewall adds a validation filter to protect users from stolen sessions.

XSS works with similar concepts as CSRFs. XSS uses cross site scripting such as JavaScript added to querystring values that prints to the web page. Developers can code pages that strip these malicious values from the code, but web application firewalls also help protect from XSS.

RFIs take advantage of sites that use dynamic inclusion of external files such as JavaScript. Dynamic scripting is rerouted to a malicious JavaScript file that steals user data. Web application firewalls contain a blacklist of these malicious files and trigger an alert to stop files from being maliciously added to an HTML page.

SQL injection is one of the most common hacks. SQL injection takes advantage of malformed queries sent to database servers. A web application firewall scrubs malformed requests and stops them from being executed on the database server. SQL injection can lead to several other aforementioned hacks, but SQLi can also give hackers elevated permissions to your servers. The result is data theft and phishing served directly from your web servers.

Brute force is the name given to “guessing” your passwords. Hackers send login attempts to your administration pages such as a WordPress login page. The hacker uses dictionary terms and common password values to eventually guess your password and log in to your administration console. Web application firewalls detect these attacks and block the attacker from further attempts.

If you own a blog, you need protection from web spam comments. Web spam is usually automated, so you need software that detects common web spam comments and filters them from your site. Web spam devalues your site in search engines and loses trust with users. Poorly maintained blogs look abandoned to your visitors and often cost you sales.

Past patches protect from previous malware, but you must continually patch your servers to protect from recent hacks.

In addition to protecting your web servers from the above attacks, you also want a host that has a low false-positive rate. A false positive means that legitimate traffic is blocked, which makes these triggers costly for businesses.