Our goal is to ensure that our clients have the fastest, most secure and most reliable websites out there. That’s why for all FullHost clients, AnyCast is included with all of our products.

AnyCast, in the simplest of terms, greatly increases the speed at which your website loads. When someone wants to visit your website, they will enter the site name into the address bar on their browser. This initiates a DNS request, which is a search for the IP address connected to the web address they entered.

The first place it searches is the DNS cache on the person’s local computer. If they have visited the site before, it may be stored here. If it’s not found there, the DNS request will check with the resolving name server of their ISP to see if another person has visited the site and it has been stored in their DNS cache.

If it still has not found the IP address, it will request from the web host, which is called the authoritative name server. If your site is hosted by FullHost, this is where AnyCast comes into play.

The FullHost DNS infrastructure is an AnyCast network that has 11 server locations:

AnyCast allows the IP address to be distributed and stored in several locations, which means that during the search request, it could be found in any of our 11 locations instead of just one of them. What’s also better is that the DNS request goes to the one nearest to where the request was originated as opposed to globetrotting around the world, which cuts down on the time it takes for the website to load.

Why is AnyCast DNS better than UniCast DNS?

AnyCast DNS infrastructure offers numerous benefits over a UniCast DNS infrastructure. UniCast allows an IP address to be stored in one server in one location, and every one is unique. When a DNS request is made for this IP address, because there is only one location, and only one request can be sent to look for it, it could take a while for the request to find its way there.

AnyCast allows an IP address to be shared by several servers in several locations. When a DNS request is sent, it is directed to the server that is closest to where the request originated. This allows it to be found faster, which means that your website will load faster than if using a UniCast DNS system.

How does AnyCast Benefit You?

The most notable benefit to hosting your website on an AnyCast system is that it’s faster than UniCast. Because there are several locations to choose from, it doesn’t matter where in the world a request initiated from, there is a server location that is closer and one that is farther, so the request will be faster than having only one server to choose from.

An AnyCast infrastructure is also more reliable because it allows an IP address to be stored in several locations. If something happens to one of the servers, causing it to be offline, the DNS request would simply be redirected to the next closest server. In a UniCast system, taking a server down means that the websites hosted on that server could not be accessed.

If you like the sound of AnyCast DNS, check out the plans we have available. Feel free to chat with a sales representative on shoot us an email. We’d be happy to discuss further. 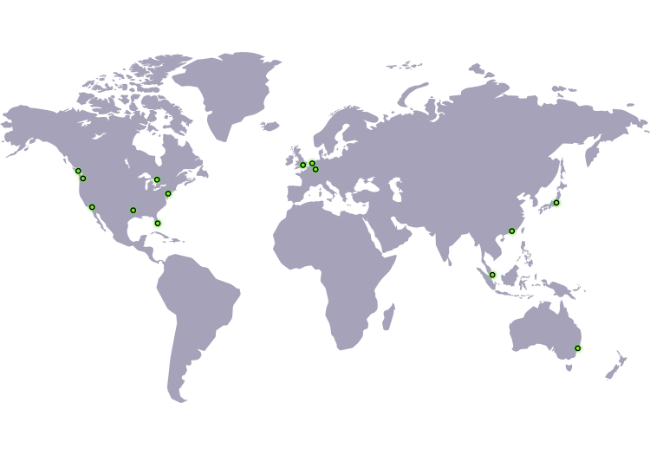 With 11 locations around the globe in our AnyCast DNS network, there’s always a location closest to where your visitors are coming from ensuring that no matter where they are, that they be connected to your site as fast as possible.