FTP vs SFTP: Which File Transfer Protocol Should You Use for Your Website? 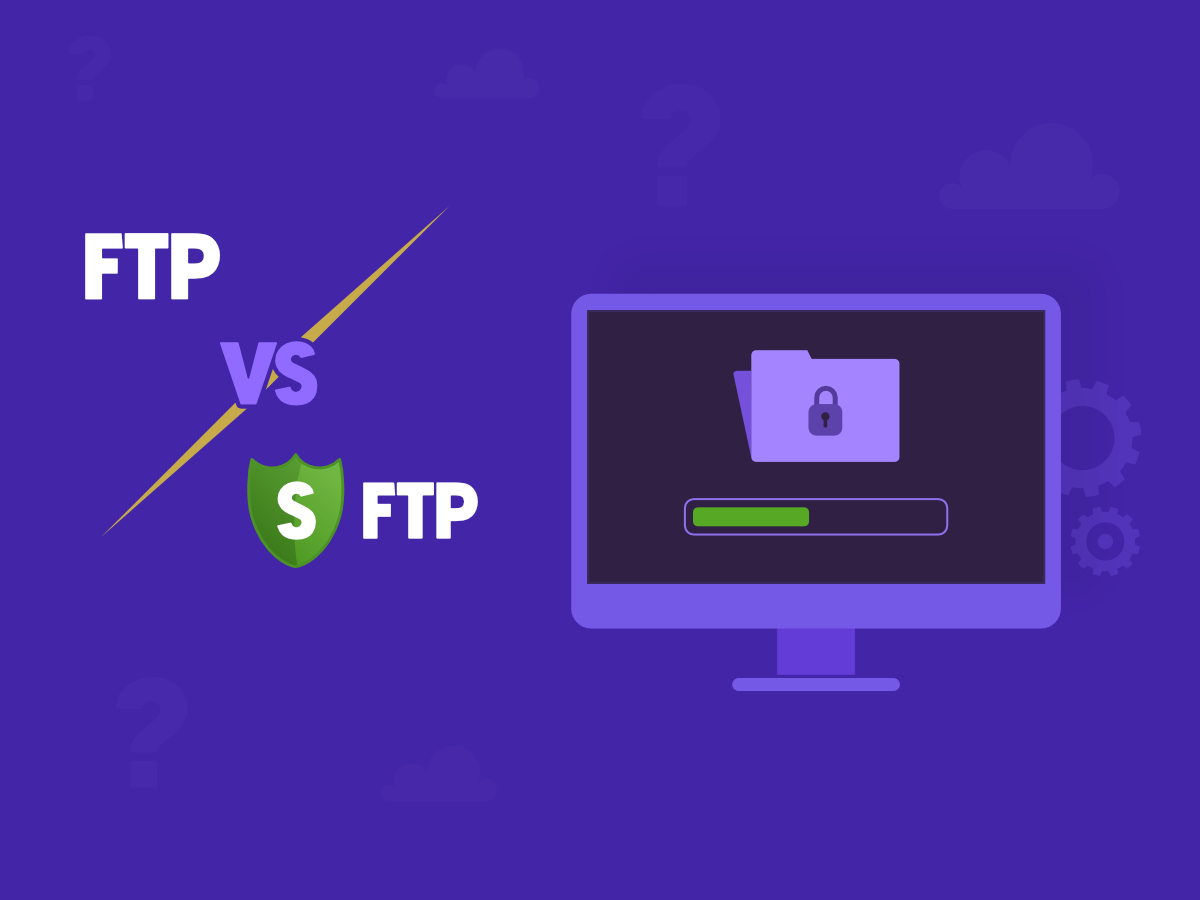 Transferring files is necessary when developing a website Maybe you want to install a content management system (CMS), or perhaps you want to add images or videos to your website Regardless, you'll have to upload the files from your computer to your …

Transferring files is necessary when developing a website. Maybe you want to install a content management system (CMS), or perhaps you want to add images or videos to your website. Regardless, you’ll have to upload the files from your computer to your website’s server.

FTP is a communication protocol that governs the transfer of files. It’s been around for over a half-century, during which it’s become recognized as the universal technology for transferring files between computers and website servers. You can use downloaded software known as an FTP client on your computer. You can then launch the FTP client to create a direct connection to your website’s server.

SFTP uses the same client-server architecture as its FTP counterpart. You can upload and download files simultaneously using SFTP. SFTP simply features SSH, which is a cryptographic protocol.

Differences Between FTP and SFTP

FTP and SFTP feature the same underlying technology, and they are both used for the same purpose of transferring files. The difference is that SFTP leverages SSH, whereas FTP does not. SFTP will create an encrypted connection using SSH.

As a cryptographic protocol, SSH offers file, as well as command data, encryption. All files that you upload to or download from your website’s server will be encrypted. SFTP is characterized by the use of SSH, so it retains file encryption. It will encrypt all files during the transfer process. SFTP will also decrypt the files once they’ve reached their destination.

FTP is faster than SFTP. If you’re transferring a small file, such as a plain-text file, you probably won’t notice a difference. For large files, however, FTP will prove noticeably faster. FTP doesn’t offer encryption. Rather, it allows for the transfer of files in their original and unmodified state, resulting in faster uploading and downloading times.

Why You Should Use SFTP

When given the option of FTP and SFTP, you should choose the latter. Only SFTP is secure. With SFTP, you can transfer files between your computer and your website’s server without fear of them being intercepted.

The encryption offered by SFTP will protect your files from interception. Encrypted files undergo a scrambling process that modifies their data. After reaching their destination, encrypted files are decrypted with a cryptographic key. They will remain encrypted, though, during the transfer.

Any file can technically be intercepted when transferred from one device to another device. If a hacker breaches the connection between your computer and your website’s server, they may intercept your files while they are being transferred. With that said, SFTP will ensure that no one else is able to read your files.

SFTP doesn’t just encrypt files; it encrypts all forms of data. Whether you use FTP or SFTP, you’ll have to log in to your site’s server. Logging in requires entering the server’s hostname or Internet Protocol (IP) address along with the username and password provided by your hosting service.

The only real advantage FTP offers over SFTP is speed. FTP is faster than SFTP because it doesn’t use encryption. But that’s not a good enough reason to use FTP. If you need to transfer many large files, you can queue them. The queued files will transfer one by one automatically. And as long as you use SFTP, they’ll be encrypted.

There are different protocols that you can use to transfer files when developing a website. Among the most common are FTP and SFTP. SFTP is a secure extension of FTP. It leverages SSH to encrypt files, login submissions, and command data. While slower than FTP, SFTP offers a superior level of security thanks to its encryption.